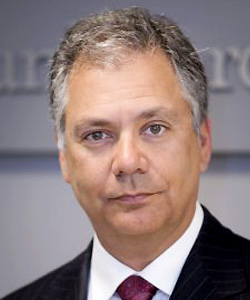 Dr. Rubin completed an undergraduate degree in physics and physiology and medical school at McGill University. After a PhD in Experimental Medicine, he finished his General and Vascular Surgery training in Toronto. He is certified by the Royal College of Physicians and Surgeons of Canada in both specialties, and received the Bernard Langer Award as the outstanding graduate of the Surgical Scientist Program at the University of Toronto in 1993. Dr. Rubin joined the surgical faculty at University Health Network (UHN) in 1995, and holds the rank of Professor of Surgery at the University of Toronto.

Dr. Rubin runs a tertiary/quaternary care practice in vascular surgery. Previously Head of the Division of Vascular Surgery at UHN from 2003 to 2010, he has been the Medical Director of the Peter Munk Cardiac Centre at UHN, Canada’s largest cardiovascular unit, since 2010. Core operating principles for the Centre established getviagranoprescription.com by Dr. Rubin include providing patient care in multidisciplinary teams, using the best equipment in the world and creating a culture and clearly defined processes that enable innovation.

Dr. Rubin’s basic science research laboratory has been continuously funded by the Canadian Institutes of Health Research (CIHR) for 16 years. His basic science work, widely published in high impact journals, focuses on the way the heart responds to injury and the regulation of the immune response to infection. He received the Wylie Scholar Award in 1998 from the Foundation for Accelerated Vascular Research, San Francisco. This career development award is given to one vascular surgeon in North America per year; Dr. Rubin is the only Canadian recipient of this award.

Dr. Rubin has been Chair and CEO of the Mount Sinai Hospital University Health Network Academic Medical Organization since 2003, and has been unanimously re-elected to this position 3 times by his peers. This organization supports teaching, research, innovation, recruitment and retention of 1,000 physicians at University Health Network and Mount Sinai Hospital. Dr. Rubin is also the elected representative of 6,000 academic physicians in Ontario in discussions that relate to the ongoing management of the $250,000,000 per annum Academic Physicians Alternative Funding Plan.