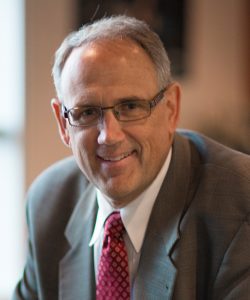 Dr. Ralph Meyer received his medical degree from McMaster University in Hamilton, Ontario in 1978. He completed a rotating internship at Ottawa General Hospital and residency training in Internal Medicine (1982) and Hematology (1984) at McMaster University.

He joined the Department of Medicine, McMaster University in 1984 where his academic interests included clinical trials and implications for health policy in the hematologic malignancies. Dr. Meyer was Professor in the Department of Medicine, Associate Member in the Department of Pathology and Molecular Medicine and Division Director of Hematology (2000–2006) at McMaster University, and Head of Hematology–Oncology at the Juravinski Cancer Centre. He previously chaired the Hematology Site Committee of the NCIC Clinical Trials Group and the Hematology Disease Site Group, Cancer Care Ontario Practice Guidelines Initiative, and was a co-editor in the Malignant Hematology Group of the Cochrane Collaboration.

In April 2006, Dr. Meyer joined the NCIC Clinical Trials Group and in 2007 became the Group’s Director and Edith and Carla Eisenhauer Chair in Clinical Cancer Research, and was Professor in the Departments of Oncology, Medicine and Community Health and Epidemiology at Queen’s University, Kingston, Ontario.

In August 2013, Dr. Meyer returned to Hamilton to take administrative leadership roles. His current position is Vice President, Oncology and Palliative Care with Hamilton Health Sciences and Regional Vice-President, Cancer Care Ontario for the Hamilton-Niagara-Haldimand-Brant Regional Cancer Program. Dr. Meyer is a Professor in the Department of Oncology at McMaster University.