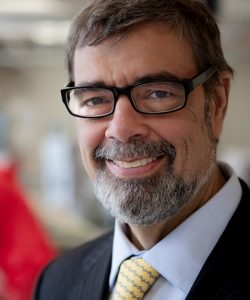 A graduate of McGill, Richard Reznick did his surgical training in Toronto followed by fellowships in education at Southern Illinois University and colorectal surgery at the University of Texas in Houston. Well known for his work in medical education, as a faculty member at University of Toronto he was the founding director of the Wilson Centre, Vice President, Education of University Health Network, and for 8 years, the R.S. McLaughlin Professor and Chair of Surgery. He speaks widely around the world and publishes on assessment and novel methods of training. In July of 2010 he became Dean of the Faculty of Health Sciences at Queen’s University and CEO of the Southeastern Ontario Academic Medical Organization.