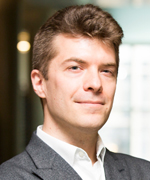 His work is in machine learning in healthcare, especially in natural language processing, speech recognition, and surgical safety. His research has appeared in popular media such as Scientific American, Wired, CBC, and the Globe and Mail, and in  scientific press such as Nature.