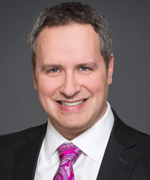 Dr. Glenn Posner is an Associate Professor and clinician educator in the department of Obstetrics & Gynecology at the University of Ottawa.  He graduated from McGill University Medical School in 1999 before moving to Ottawa for residency.  After completing his training in Obstetrics & Gynecology in 2004, he worked at the Montfort Hospital before moving to The Ottawa Hospital in 2009.  He has served as the Director of Postgraduate Medical Education as well as the Vice-Chair of Education for his department.  He is the inaugural medical director of the Simulation Patient Safety Program at The Ottawa Hospital, and the medical director of the University of Ottawa Skills & Simulation Centre.  Glenn is a Simulation Educator for the Royal College of Physicians & Surgeons of Canada and has served on the planning committee of Simulation Summit for nearly a decade, as co-chair or while coordinating the popular SimWars/SimTrek event.   Dr. Posner’s program of research relates to the assessment of the intrinsic CanMEDS roles and patient-safety competencies using all forms of simulation.