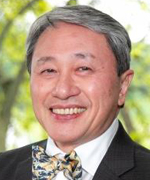 He was Chair of the Anesthesia Examination Board at the Royal College of Physicians and Surgeons of Canada between 1996 and 2001. The recipient of numerous teaching awards, he received the Mentor of the Year Award in 2012 from the Royal College of Physicians and Surgeons of Canada. In 2014, he was the recipient of the Clinical Teacher Award, Canadian Anesthesiologists’ Society, in recognition of his exemplary teaching and contributions to Anesthesia education. In 2018, he received the Gold Medal from the Canadian Anesthesiologists’ Society, the highest honour by the Society in recognition of important contributions to the specialty of anesthesia in Canada through teaching, research, professional practice and administrative leadership. He was the inaugural Head of the Perioperative Medicine Section at the Canadian Anesthesiologists’ Society in 2002 and was the Principal Investigator for MaVS (Metoprolol after Vascular Surgery) Study and the Principal Investigator for the subsequent POISE (Perioperative Ischemia Evaluation Study), a $5.3M CIHR grant and world-wide multi-centre trial on perioperative beta-blockers.