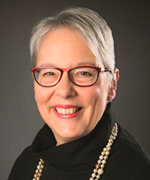 Dr. Pajer joined CHEO in 2014 as Chief of Psychiatry and became Chair of the University of Ottawa Department of Psychiatry in 2017. She completed her M.D. at the University of South Alabama and her Psychiatry residency at the Yale School of Medicine. While at Yale, she also obtained a Master’s in Public Health. Dr. Pajer is the recipient of numerous grant awards, including funding by the U.S. National Institutes of Health. In 2009, she was recognized as one of “America’s Top Psychiatrists”. She was one of six women honoured at the Women Reshaping the World Conference held in 2013.