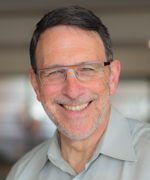 Peter Rosenbaum, M.D., FRCP(C) joined the faculty of McMaster University in July 1973 and has been a Professor of Pediatrics since 1984. He held an inaugural Tier 1 Canada Research Chairs (2001- 2014). In 1989, Peter co-founded the award-winning CanChild Centre for Childhood Disability Research, a health system-linked research unit now recognized world-wide for its research and dissemination activities.

Peter has held > 80 peer-reviewed research grants and is a contributing author to > 370 peer-reviewed journal articles and book chapters. He has been an invited lecturer and keynote speaker in > 30 countries. He co-authored “Cerebral Palsy: From Diagnosis to Adult Life” (2012), and co-edited “Life Quality Outcomes of Children and Young Adults with Neurological and Developmental Conditions” (2013) with Dr. Gabriel Ronen. In 2016, he and colleagues published a book on ethical dilemmas in developmental medicine, and in January 2019 they published a book on the WHO’s International Classification of Functioning, Disability and Health.

Peter has worked with almost 80 graduate students, and has been a graduate supervisor or committee member at the Universities of Oxford, Utrecht, Witwatersrand, and Toronto in addition to McMaster. From 2012-14 he was a consultant to UNICEF’s Expert Consultation on the Collection of Data on Children with Disabilities. National and international recognition includes the Ross Award from the Canadian Pediatric Society (2000); an Honorary Doctor of Science degree, Université Laval (2005); the AACPDM’s first Mentorship Award (2007) and its Lifetime Achievement Award (2014). In 2015, he received the inaugural Holland Bloorview Medal of Excellence for “outstanding achievement and leadership in making positive global advancements in the field of childhood disabilities. In October 2017, he was honoured by the University of Haifa with the university’s Carmel Award of Merit in recognition of his lifetime achievements in childhood disabilities research. In May 2018, he received the Fondation Paralysie Cérébral/Fondation Motrice Prize at the 30th annual meeting of the European Academy of Childhood Disability.