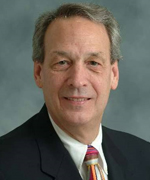 Richard Weisel is an Academic Cardiovascular Surgeon at the Toronto General Hospital, an Emeritus Senior Scientist at the Toronto General Research Institute and an Emeritus Professor of Cardiac Surgery at the University of Toronto. He trained in General Surgery at Boston University where he was an NIH trainee in Academic Surgery. He completed a residency in Cardiothoracic and Vascular Surgery in Toronto in 1978 and has been a member of the Division since then. In addition to clinical cardiac surgery, he devoted his career to basic and clinical investigations. He has been continuously funded by the CIHR and/or the Canadian Heart Foundation since 1978. He completed his terms as Chairman of the University Division and Director of the Research Institute.

In 2007 he was appointed Chair of the AFP Innovation Fund Provincial Oversight Committee and has shepherded the review and distribution of the funds to the Academic Physician project leads since the initiation of the program.
In 2011 he was appointed Surgical Associate Editor of the Canadian Journal of Cardiology. In 2014 he assumed two new administrative positions: Editor of the Journal of Thoracic and Cardiovascular Surgery and Chairman of the Cardiothoracic Surgical Trials Network which is funded by the NIH in the US and the CIHR in Canada.

His most important contribution was the training of two generations of Cardiac Surgical Scientists who have assumed leadership positions in academic cardiac surgery in Canada and around the world.