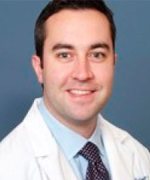 Dr. Timothy Jackson is the Associate Professor of Surgery within the Faculty of Medicine at University of Toronto and is a member of the Division of General Surgery at University Health Network (UHN) based at Toronto Western Hospital. After receiving a Bachelor of Science degree in Life Science from McMaster University in 1999, Dr. Jackson attended medical school at McMaster. Upon completion, he entered the McMaster post-graduate training program in General Surgery. Dr. Jackson became a Fellow of the Royal College of Physicians and Surgeons of Canada in 2009, and was certified by the American Board of Surgery in 2010. In 2006, he attended Harvard University and received a Master of Public Health degree in Quantitative Methods. Currently, his research interests are in surgical quality improvement and surgical outcomes. In 2010, he completed the Harvard Advanced Laparoscopic Surgery Fellowship at Massachusetts General Hospital in Boston. His clinical focus is in bariatric and gastrointestinal tract surgery. He also oversees various local and provincial surgical quality improvement initiatives as the Director of Quality Improvement in the Department of Surgery at UHN and as the Provincial Surgical Lead at Health Quality Ontario.