Continuing Stroke Recovery through Rehabilitation in the Community 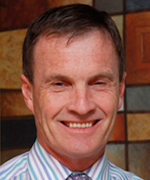 AMO-16-007 Rationale: To facilitate greater continuity of care as patients transition through their stroke recovery, we wanted to study what happened to individuals after being discharged from stroke inpatient rehabilitation into a model outpatient rehabilitation program as defined by the Canadian Best Practice Guidelines.  Results: 1,497 patients discharged from the stroke rehabilitation unit at Parkwood Institute from 2009 to 2016 were studied. 891 (59.5%) were referred to one of two interdisciplinary outpatient stroke rehabilitation programs; one which was hospital-based and the other home-based. 80.9% (n=721) actually attended one of the outpatient therapy programs. Of those receiving outpatient therapy services, the number of patients attending the in-hospital versus home-based program were equal, 360 and 361 individuals, respectively. Patients receiving either hospital- or home-based therapy made significant gains as measured using the FIM, with the latter home-based group demonstrating modestly greater gains. Our data shows that on average, younger less severe strokes go to the hospital-based outpatient program while older more severe strokes receive the home-based outpatient program, as they often have more challenges in accessing hospital-based services. Stroke patients with mild disability did not significantly benefit from outpatient rehab as measured by improved FIM scores. 2  Importance: Inpatient stroke rehab admission FIM/RPG scores can help clinicians identify patients who will most benefit from outpatient therapy and the location of delivery of those services. Where resources are scarce, outpatient services should be prioritized to those individuals with more severe strokes, recognizing more of them will be referred to home-based outpatient services, as they have the greatest capacity for functional improvement.