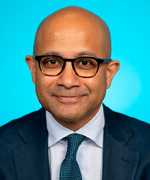 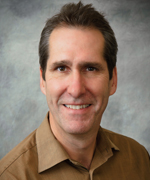 MSU-13-019 In this international multicentre prospective cohort study of 1401 patients undergoing major surgery (published in the Lancet in June 2018), we found that the usual method used by physicians to estimate patients’ physical fitness before surgery was inaccurate and failed to identify patients at risk for postoperative morbidity and mortality. Instead, we identified two simple alternatives that can be readily used in preoperative evaluation clinics at Ontario hospitals. The two approaches are a simple 12-item standardized questionnaire called the Duke Activity Status Index (DASI), and a blood test called NT pro-BNP. Using these two methods in combination, perioperative clinicians will be better able to accurately identify high-risk patients before surgery, and thereby target them for specialized optimization, testing, and monitoring aimed at reducing their risk of postoperative complications.

Exercise capacity is considered to be an important risk factor for complications after major surgery. In usual clinical practice, clinicians estimate patients’ fitness by interviewing them about their activities of daily living (i.e., ‘subjective assessment’). In the METS Study, we compared subjective assessment against  3 other approaches to assess fitness before surgery, namely cardiopulmonary exercise testing (CPET), which is a specialized exercise test; the Duke Activity Status Index (DASI), which is a standardized 12-item questionnaire; and NT pro-BNP, which is blood test. In this Canadian-led study, we recruited 1401 adult participants who underwent major elective surgery at 25 hospitals in Canada, Australia, New Zealand and the UK. We then followed these participants for 1 year after surgery to determine which approach best identified patients who suffered death or complications after surgery.

Innovation: As reported in our primary manuscript (published in the Lancet in June 2018), the usual clinical standard of care, namely subjective assessment, failed to accurately measure true exercise capacity and did not identify patients at risk for postoperative complications. Instead, we found that the simple DASI questionnaire and NT pro-BNP blood test could better identify patients who were at risk for cardiac complications after surgery. The findings suggest that major changes are needed in the usual clinical care of patients being prepared for major surgery.

Potential for Spread: The simple and expensive assessment approaches identified in the METS study (i.e., DASI, NT pro-BNP) are readily transferable to hospitals across Ontario. Our study results therefore identify simple generalizable tools for improving the care and outcomes of patients having major surgery throughout the province.