Inflammatory Bowel Disease in Immigrants to Canada and their Children: Epidemiology and access to Specialist Care 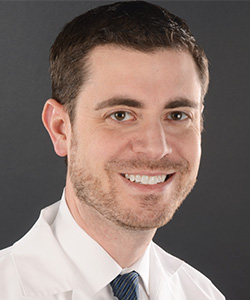 CHAMO, Children’s Hospital of Eastern Ontario, and University of Ottawa

Canada has among the highest rates of IBD in the world. Immigrants to Canada are at lower risk of IBD, and used the health system appropriately once they were diagnosed. However, some children of immigrants born in Ontario had the high risk of IBD of non-immigrants, indicating that early life exposure to the Canadian environment increased risk. This emphasizes the need to investigate the interaction between the genetics, environment, and intestinal microbiome in specific populations at altered risk of chronic inflammatory diseases. Our findings have influenced other scientific research aimed at finding the causes of IBD. For example, people of South Asian origin are the focus of the Canadian Children IBD Network, which is evaluating diet, environmental exposure, and the microbiome to find reasons for their increased risk.

Canada has amongst the highest rates of inflammatory bowel disease (IBD) (including Crohn’s disease and ulcerative colitis) in the world and the rate in Canadian children is increasing rapidly. The reason for this increase in very young children is uncertain, however external environmental triggers on a background of increased genetic risk may be responsible. Westernized nations have much higher rates of IBD compared to other world regions. Studying risk of IBD in migrants from low- to high-prevalence countries can provide insight into the environmental risk factors associated with living in Canada. We linked a validated population-based cohort of all people with IBD living in Ontario identified from health administrative data at the Institute for Clinical Evaluative Sciences (ICES) to records of immigrants to Canada from Citizenship and Immigration Canada. We determined that the risk of IBD is lower in immigrants, however younger age at arrival to Canada is associated with increased risk of developing IBD. The children of immigrants from some regions (Middle East/North Africa, South Asia, Sub-Saharan Africa) born in Canada assumed the same high risk of IBD as the children of non-immigrants. The children of immigrants from other regions, especially those from East Asia, continued to have lower risk of developing IBD. These findings suggest an increased risk of IBD upon early-life exposure to the Canadian environment in immigrants from some regions, but not others. Compared to non-immigrants with IBD, immigrants had no delay in diagnosis, greater outpatient care by specialist gastroenterologists. They also had lower risk of surgery, indicating better outcomes. While immigrants had a lower risk of IBD, once they are diagnosed they used the health care system appropriately.