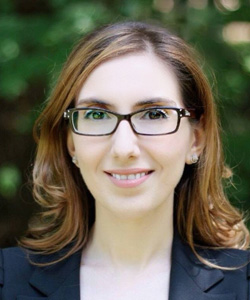 Our findings associated with low body weight have great potential for furthering the current understanding of the etiology of AN and weight regulation in eating disorders. This project provides evidence for the involvement of metabolic genes in the etiology of AN and has the potential for serving as the first step toward developing more effective treatment options and providing a highly specific target for novel medications. Furthermore, this project is the first to examine mitochondrial DNA sequence in eating disorders. Despite small sample size, our pilot study detected a nominal association between mitochondria and BN age of onset, suggesting that oxidative phosphorylation pathways may be involved in the development of BN. Taken together, findings from our study have led to larger-scale genome-wide investigations of weight regulation in AN and examination of mitochondrial pathways in eating disorders through collaborations with the Psychiatric Genomics Consortium.

Eating disorders are serious psychiatric conditions with substantial morbidity and  mortality. Body weight plays a defining role in the diagnoses of anorexia nervosa (AN) and bulimia nervosa (BN); however, the biological mechanisms behind weight regulation in eating disorders are poorly understood. The goal of this project was to: (1)  explore candidate genes in relation to low body weight in AN and BN ; and (2) examine the role of mitochondrial variation in weight regulation in BN patients with or without a history of AN . For the first part of the study, 745 AN, 245 BN, and 321 nonpsychiatric control DNAs were used in the analysis of candidate genes selected from the leptin, melanocortin and neurotrophin systems. We observed that an MC4R variant linked to antipsychotic-induced weight gain was underrepresented in AN. AGRP gene was associated with lowest lifetime BMI in AN, whereas NTRK2 was associated with highest lifetime BMI in BN. For the second part , we sequenced the mitochondrial DNAs of 87 women with BN. While there was no association between mitochodrial variation and AN history or BMI measures, we found a nominal association involving BN age at onset. Our project has  led to the identification  of novel metabolic genetic variants related to weight regulation and highlighted the importance of studying mitochondrial DNA in eating disorders. Importantly, our results are consistent with recent reports of metabolic involvement in the etiology of AN, as well as genome-wide association studies (GWAS) implicating mitochondrial pathways in psychiatric phenotypes. Follow-up studies involving a BMI-focused GWAS in AN and a more extensive examination of mitochondrial pathways in eating disorders using the Psychiatric Genomic Consortium samples (3495 cases and 10982 controls) are underway.