The Developmental Passport: How to ensure families are accessing the right care 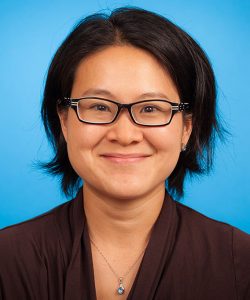 Department of Pediatrics, St.Michael’s Hospital, and University of Toronto

Background: Receiving a diagnosis of Autism can be a very difficult time for families as they track down therapies and treatment for their child.Many families can become lost in this fragmented system of care.The aims of this project were to develop, assess and implement a tool called The Pediatric Developmental Passport (Passport) to address the difficulties families experience when a child is diagnosed with an autism spectrum disorder (ASD).

Method: The design and development of the Passport involved surveys and focus groups with developmental health professionals.Caregivers were provided with the Passport and semi-structured interviews were conducted to further revise the design and utility of the Passport.The final tool was used in a pilot multi-site pragmatic randomized controlled (RCT) trial to measure tool effectiveness.Families of children with ASD  from an academic site and community site were randomly provided with the Passport or a blank card (placebo).

Results: Families and health professionals all agreed the Passport could be a potentially useful tool in helping families stay organized during this difficult time. Parents felt like the passport was a support tool. Forty families of children between 0-6 years of age with ASD participated in the RCT. Overall thirty percent more families in the passport group contacted Applied Behavior Analysis (ABA) service (primary treatment for ASD) than the Placebo group. In the community site significantly more families in the passport group (90.9%)  contacted ABA than the placebo group (40%) (p=0.02).

Conclusion: The Passport showed proof of concept for clinical use.It was significantly more effective than the placebo card in improving the contact rate of primary therapies for ASD.The results of this study has lead to a mobile application version of the passport.