ShoeBOX Audiometery - Implementation and Global Scaling of an mHealth Audiometer 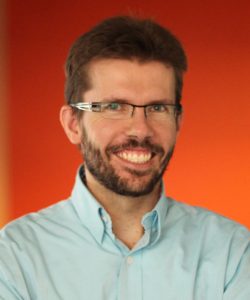 One third of adults over the age of 65 are affected by hearing loss and this number is set to double in the next 25 years.  There are not enough Audiology professionals to address the need. SHOEBOX helps by automating hearing diagnosis and enabling non-audiologists to perform clinically accurate tests outside sound booths.  SHOEBOX Audiometry has reached the market in the last 12 months and it is the industry’s first Health Canada listed iPad Audiometer and has already been peer-reviewed. Adoption is growing very quickly among primary care clinics, pharmacies, hearing clinics, schools, researchers, and with occupational health and safety clients.   SHOEBOX Audiometry is currently being used in over 30 countries including Mexico, Bangladesh, Myanmar, Zimbabwe, and Tanzania.  ShoeBOX is changing thousands of lives in Canada and around the world.

Hearing loss is the world’s number one disability and there are not enough Audiology professionals to address the growing need. ShoeBOX Audiometry has transformed hearing testing by automating diagnosis and enabling non-audiologists to perform clinically accurate tests using an iPad. This has enabled more people to start testing in more places than ever before possible.

ShoeBOX Audiometry is the industry’s first Health Canada listed iPad Audiometer. It conforms to ANSI standards and can be used to perform diagnostic threshold testing. ShoeBOX Audiometry has also been clinically validated by peer-reviewed research and functions as well as traditional audiometers outside of a sound booth.  As a result, adoption has grown quickly in primary care, pharmacies, hearing clinics, and schools.

Since its initial validation in 2013 and by the Mayo Clinic in 2015, dozens of projects have demonstrated the impact SHOEBOX Audiometry has had.  SheoBOX has been used by individual patients in need of frequent testing such as cochlear implant patients.  It has also been used to test patients unable to travel.  In the winter of 2014 a single student travelled to Iqaluit and tested 218 northern children, 32 of whom were then referred for abnormal hearing.  ShoeBOX has also been used for outreach work in 2015 when a small team travelled to Uganda and tested over 700 children. Other teams have travelled to the Dominican Republic in 2016 to treat hundreds of villagers using the same technology.  ShoeBOX has screened large populations quickly as in 2016, when University of Ottawa Med Students screened 466 school children, 39 of whom required audiology referral.  ShoeBOX is now being used at larer institutions such as Mercy Hospital, Missouri for occupational testing and CHEO where it helps to shorten waitlists and reduce cost.