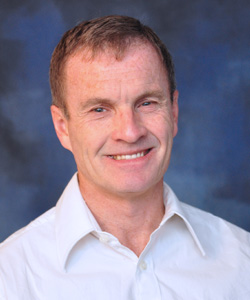 ADOPTABILITY: REKAP has been expanded to twelve stroke rehabilitation sites across Ontario where similar practice gaps were found. REKAP acted as a guide to increase their guideline adherence. Internationally, REKAP was used in a multisite gap analysis for cognitive rehabilitation in acquired brain injury.

TRANSFORMATION: REKAP resulted in direct changes at the institution where documentation was modified within the rehabilitation unit and across institution sites. REKAP also changed Canadian Best Practice Stroke Guidelines themselves. For example, guidelines on cognition were written more explicitly so that they could be implemented by clinicians.

Introduction: A healthcare system that utilizes the best research evidence optimizes patient outcomes; however, literature shows a lack of uptake of health research into both practice and policy.

Methods: Clinical adherence to the Canadian Best Practice Recommendations for Stroke Care was assessed using retrospective audits (n=120); areas with low adherence were deemed “care gaps.”  Strategies to address these gaps were developed collaboratively between researchers and rehabilitation staff/clinicians. Care gaps were then re- evaluated 6-12 months post implementation and up to 1 year later.

Results: Depression screening was initially completed for 4.9% of patients; 56.2% of staff were unaware of depression guidelines. At follow-up, screening exceeded 40%. The percentage of patients with at least one unmonitored blood pressure day declined from 89% to 9%; final audits found rates to be 13.6% indicating a sustained improvement. Benzodiazepine use decreased from 25% to 12.5%. Initially, 85% of patients underwent cognitive screening; however, for those with a positive screen, only 3.7% received a full assessment due to uncertainty regarding which assessment tool to use. REKAP initiated a discussion around the recommendation which led to modifications of that guideline for the next edition.

Conclusions: The application of this framework has significantly and positively influenced clinical practice and patient outcomes, and its use is encouraged in other centres to facilitate an equivalent cycle of change.

Future Directions: Greater emphasis on the translation of research into clinical practice is needed to directly benefit patient care and the health system.