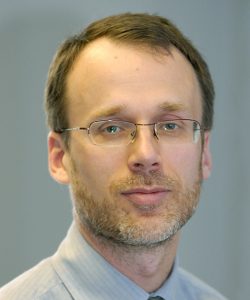 Recent evidence form the ACOSOC Z0011 trial and dissemination of a LHIN4 regional guideline for completion axillary node dissection (cALND) were associated with a marked decrease in cALND after positive sentinel node biopsy (SNB), even among some cases recommended to receive cALND by the guideline. Practice patterns for SNB, cALND and nodal radiation changed significantly over the study time period. We found there was good compliance overall in this locally developed guideline and that patient age and nodal characteristics were important in decision-making for cALND. Physician interviews found that physicians from all disciplines perceived that the GL helped to unify care within the region and improve communication between specialties and with patients concerning cALND.

Introduction: In 2012, a regional guideline (GL) for completion axillary lymph node dissection (cALND) after positive sentinel node biopsy was created by a multidisciplinary group of physicians in LHIN4 to address variation in surgical practice. We assessed the impact of the regional GL on practice patterns in LHIN4 and evaluated physician’s views of the GL.

Methods: A mixed-methods study was undertaken consisting of quantitative and qualitative methods:1) the quantitative part assessed changes in cALND rates before and after dissemination of the LHIN4 cALND guideline with a chart review of consecutive invasive BC cases undergoing SNB from 12 hospitals in LHIN4 at 3 time periods (TP1 2009/10;TP2 2011/12; TP3 2013/14); 2) qualitative part consisted of semi-structured interviews with 28 physicians (surgeons, medical and radiation oncologists) from LHIN4 to describe the physicians’ perspectives toward the regional GL and identify facilitators and barriers to its implementation in practice.

Results: Overall, cALND rates significantly decreased over the study period (82% to 39%) while nodal radiation rates increased (31% to 65%). Cases were categorized by whether or not they met GL criteria for cALND. Among cases not recommended for cALND by GL criteria, cALND rates decreased significantly over time (TP1 71%, TP2 43%, TP3 17%) with 83% compliance with GL at TP3. cALND rate also decreased over time for cases recommended to have cALND by GL criteria (TP1 92%, TP2 69%, TP3 58%) with 58% compliance with GL at TP3. Patient age and nodal characteristics were found  to be important for decision-making for cALND on multivariable analyses. Interviews found that physicians from all disciplines perceived that the GL helped to unify care within the region and improve communication between specialties and with patients concerning cALND.