Patient Safety and Quality of Care 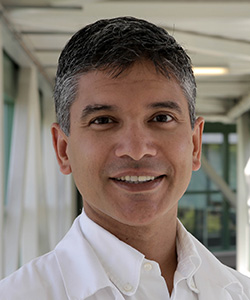 Hysterectomy is one of the most common surgical procedures performed in Canada.  With over 40 000 cases/year, there is an opportunity to provide meaningful interventions for large scale change.   Presently most hysterectomies are done by laparotomy and result in a 3 day stay in hospital.   Laparoscopic hysterectomy (LH) offers a shorter length of stay (LOS), less pain and quicker return to normal activity.

Is it possible to provide better surgical care for patients while reducing costs to the health care system?  We decided to challenge the status quo and proposed a Same Day Discharge (SDD) program for laparoscopic hysterectomy.

The findings of this pilot study confirm that SDD is possible, safe and results in high satisfaction for patients who undergo LH.   Sharing this knowledge may result in a dramatic decrease in LOS and convert a classic inpatient surgery to a day procedure with the benefits of reduced hospital resource utilization.

Objective: The overall objective of this study was to determine the feasibility of a larger, multicenter prospective study addressing same day discharge (SDD) from hospital after laparoscopic hysterectomy. Primary outcomes of this study included recruitment rate and success rate of SDD.  Peri-operative complications, time to discharge from hospital and patient satisfaction were also reported.

Methods: All women undergoing laparoscopic hysterectomy by the MIS Gynecology Team at The Ottawa Hospital, General Campus between May 2013 – February 2015 were eligible to participate, regardless of patient comorbidities or surgical pathology and complexity. Strict perioperative surgical and anesthetic protocols were followed. Baseline questionnaires and  post-operative validated assessments were conducted up to 6 months after the operation.

Results: The overall recruitment rate was 82.8%. 53 patients underwent laparoscopic hysterectomy and agreed to take part in the study. Overall success of SDD from hospital was 83.0%. Median time to discharge for those discharged home same day was 7.12 hours. Those who had their surgery as first case of the day had a 91.7% SDD rate, compared to 64.7% if they were not booked as the first case of the day. 97.7% of respondents would recommend SDD to a close friend or loved one, and 94.9% indicated that they were happy with same day discharge from hospital at 6 months post-operatively.

Conclusion: SDD from hospital appears to be feasible and a highly accepted plan of care for patients undergoing laparoscopic hysterectomy in a tertiary academic environment. Those scheduled as the first case of the day may be more likely to be successfully discharged the same day.  Patient  satisifcation is high with this approach at 6 months post surgery and leads to lower length of stay.