Pacemaker and Defibrillator Surgery without Interruption of Anticoagulation BRUISE CONTROL 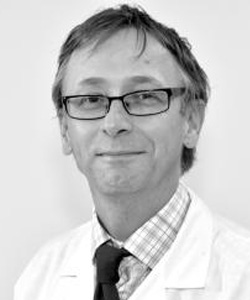 The project has and is widely regarded as being the definitive project in the world in this area.  Immediately we changed practice at our center. The study results are a triple win i.e to continue anti-coagulation has much better outcomes for patients, patients much preferred it and it is much cheaper. The Health Economic analysis showed substantial savings for the health care system both because of a reduction in complications and also because continuing warfarin is much cheaper than bridging with heparin. Also the results of our study has wider implications for patients having temporary interruption of anti-coagulation to undergo other types of surgery or procedures.   Physicians have begun to explore performing other procedures and operations without interruption of warfarin.  Case series have shown low bleeding complications with coronary angiography and stenting, minor head and neck surgey, urological procedures, colonoscopic polypectomy,  hand surgery, vascular surgery,   joint injections and aspirations, and hip and knee replacements.

We have received multiple emails/verbal communications that the study has changed practice at many centers in Canada and elsewhere in the world. It has also been pivotal in changing best practice guidelines worldwide

3.Outcome: Will the results obtained convince other institutions to adopt the new approach?

It already has see 2. above

Many patients requiring pacemaker or implantable defibrillator surgery are taking warfarin. For patients at high risk of thromboembolic events, guidelines recommend bridging with heparin; however, case series suggest that it may be safe to conduct surgery without interrupting warfarin.  There have been little clinical trial data to support the safety and efficacy of this newer approach.

We randomly assigned patients with an annual risk of thromboembolic events of 5% or greater to continued warfarin or heparin bridging. The primary outcome was clinically significant hematoma, which was defined as prolonging hospitalization, necessitating interruption of anticoagulation or requiring re-operation.

The data and safety monitoring board recommended termination of the trial after the second planned interim analysis.  Clinically significant hematoma occurred in 12 of 343 (3.5%) patients in the continued-warfarin arm and 54 of 338 (16.0%) patients in the heparin-bridging arm (relative risk, 0.19; 95% confidence interval, 0.10 – 0.36; P<0.001). Major surgical and thromboembolic complications were rare and not significantly different between arms. They included one episode of cardiac tamponade and one myocardial infarction in the heparin-bridging arm, and one stroke and one transient ischemic attack in the continued-warfarin arm.

Compared to heparin bridging, a strategy of continued warfarin at the time of pacemaker or defibrillator surgery markedly reduced the incidence of clinically significant hematoma in this randomized trial. (Funded by the Canadian Institutes of Health Research and University of Ottawa Heart Institute Academic Medical Organization (UOHIAMO)  ; ClinicalTrials.gov number, NCT00800137.)