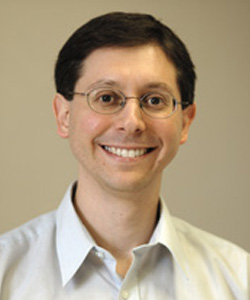 Mental health telemetry (MHT) is a system that lets patients track symptom severity over time using their smart phones while seamlessly sharing this data with their clinicians.  In this study, we conducted the first quasi-pragmatic trial of MHT in this population, recruiting inpatients and outpatients at risk for recurrence of mood disorders and explored whether making this data readily available to their clinicians could reduce rates of re-hospitalization. Feedback from participants identified two key factors limiting uptake and retention: participants’ inability to access their own MHT data or to use MHT with non-Sunnybrook clinicians. Further MHT development in response to this feedback has resulted in a new version that is being used in three clinical studies and further dissemination.

Purpose: Mental Health Telemetry (MHT) uses cell phones to collect self-report data on symptoms of illness and makes it available to clinicians in real time. We hypothesized that MHT would be well tolerated and could be used to reduce re-hospitalization rates in patients at risk of recurrent mood episodes by improving the quality of information available to their clinicians when making clinical decisions.

Methods: We offered MHT to two cohorts of patients followed by psychiatrists at Sunnybrook Health Sciences Centre: a series of (n=257) patients being discharged from an inpatient unit with recurrent mood disorders, and (n=69) outpatients with bipolar disorder. Recruits were randomized 2:1 to MHT use or treatment-as-usual (TAU) arms. Those in the MHT arm were asked to complete daily symptom ratings questionnaires over a six-month period; their telemetry was shared with their clinicians. Both groups followed up with their clinicians as usual, and completed every-two-month mood rating and quality of life paper questionnaires.

Results: Recruitment and retention rates in this study were lower than in previous MHT-based studies, and were poor in the TAU arm. Re-hospitalization rates were not significantly different (Χ2 = 0.8128; p = 0.37). Key barriers to uptake identified included (i) data not being usable by participants and (ii) availability to SHSC patients only.  50% of recruits completed the six-month protocol; 21% continued for at least seven months.

Conclusions: This study was the first attempt at a pragmatic study of MHT. Although the uptake rate was substantially lower that in prior studies of MHT, it was highly useful for a select sub-group. Subsequent development of MHT has responded to participant feedback, resulting in a new version of MHT now being used in three new clinical research studies.